The Russky bridge is the cable-stayed bridge over the Eastern Bosphorus strait. The necessity of such bridge was discussed as far back as in the beginning of the 20th century. Since then two projects have been developed but none of them has been executed. Its construction was started in 2008 in the framework of the city preparation for APEC 2012 that was conducted on Russky Island. 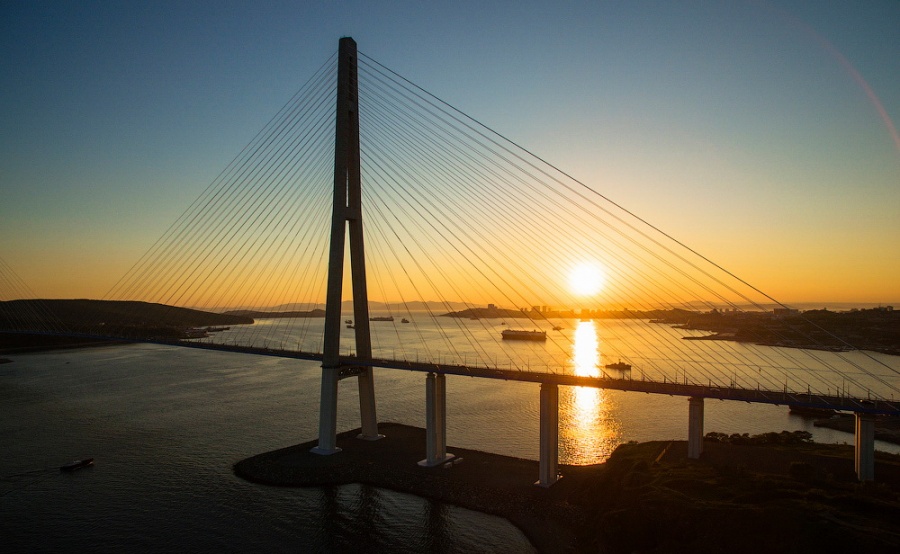 This is the second highest bridge in the world. Its height is 324 meters. It has the world largest span which is 1104 meters long. This bridge is considered the most complicated and unique object in the world history of bridge construction.

Thanks to the Russky bridge Vladivostok residents have got the opportunity to get to Russky Island fast and comfortably. Before the bridge was constructed the ferry had been the only way to get there.

The Russky bridge is imaged on 2000 ruble banknotes emitted by the Central Bank of Russia in 2017.